Mandatory shelter-in-place (SIP) orders are now the norm. Some of us are going on three weeks of working from home, becoming homeschool teachers and learning how to deal with what we’re calling the “new normal.”

We’ve learned a lot about ourselves: the value of slowing down, enjoying a family meal, being present, and how many meetings could’ve been more efficient.

Of course, it’s been stressful, too. We’ve had to balance family with work—making certain you give both a fair shake. Becoming a teacher isn’t second nature to all of us. I sat down to help my oldest daughter compare and contrast immigration in the early 1900s to the present day for an AP US History essay. Let’s just say I went a bit too hard. 17-year-olds don’t need a political manifesto to get an A.

There have been triumphs and tribulations, but all of this has been practice.

In my humble opinion, the best thing we can take from our experience thus far is we need to put it into practice to improve and hone through the coming weeks. I believe we’ll be at home for quite a while.

Infection rates continue to soar. Simple logic dictates that if it was a good idea to shelter-in-place several weeks ago, it’s much more necessary now. Depending on where you are in the country, you’re exponentially more likely to contract COVID-19 in April than March.

Our leaders face the unenviable task of weighing the physical health of the nation with its economic health. And it seems the two forces are diametrically opposed.

But none of this means we need to seek a corner in which to await our impending doom. I believe there is a true “new normal” coming—where we do business in new ways. Our nation is resilient. Our people are resilient. And our businesses are resilient. We just need to realize we’re in practice—working on the fundamentals that will strengthen us for what is next.

I’m not a prognosticator. I do not have a crystal ball. I have an approach to logic that has produced a history of success for my clients. And I think it’s worth sharing some thoughts with as many people as possible. These may prove wrong. My hope is this piece spurs thought—and even debate. Maybe we can arrive at an even better answer together.

As I write this, we are in the middle of rolling out the CARES Act and the Paycheck Protection Program (PPP). I don’t want to date this piece too much, but I would say the first week of PPP was one of the most hellacious single weeks most bankers have faced. September 11, 2001, and its aftermath and post-2008 crises were spread over months and years. Never before has an attempt to coordinate government, banking, private business, and consumers been so focused on such a small window of time. Bankers faced more stress in a week—or a single day (Friday)—than almost any time in their careers. Systems were fritzy (or plain didn’t work), answers from the SBA were slow, and clients (myself included) were seeking answers. As we stare down next week, it might get worse, but I hope it gets better. Hopefully, the weekend was a big ol’ reset, and we worked out the kinks.

Also, as mentioned before, I think SIP orders will continue. This will put continued pressure on retail, restaurants, theaters, and other “in-place” venues for business. As infection rates and the death toll rises, most likely a real fear within the public will set in. So far, the worst thing most of us have faced are interruptions from our kids or realizing that one thing our spouse does really annoys us. Most of us don’t know someone who’s contracted COVID-19—much less died from it. When the morbidity rate swells, it’s a mathematical certainty that previously unaffected Americans will at least have to deal with the truth of COVID-19—if not the grief it can cause. In other words, it will become more real for more people in the coming days and weeks. Cities are facing this now, as they’re built for infection with so many people occupying such small places. But our micropolitan and rural areas will face similar realities, albeit at a slower pace.

The slow pace is actually a bit of a problem. What I’m really describing in a downward shift in sentiment. This shift trails the reality of the disease. People (like myself) who weren’t very worried at the beginning now realize this is here to stay. Knowing the disease is a real-deal is one stage. Knowing someone who contracts the disease is another. Knowing someone who was a victim? This is a reality that crashes down with severe weight. The fact that reality doesn’t dawn until after it arrives puts us in a trailing, reactionary mindset. It also puts us at odds—the states where the disease hasn’t exploded can’t understand what the cities are facing (and vice-versa), so we argue. Being reactionary and arguing the points are not ways to get ahead of anything.

I don’t claim to know which curve is correct or which “deaths by July” statistic I believe, but I can tell you these facts:

I’m not trying to prematurely depress you, but strategy for marketing is much more than putting the right picture with the right headline. We have to understand the mindset of our audience. And it’s much better to know the public’s potential mindset before it sets in. I hope I’m wrong because it will mean the charts and graphs are wrong, and maybe COVID-19 will “disappear” like SARS, swine flu, etc.

You cannot go about business as usual. No matter how much you want. You cannot simply sally forth. The reason you can’t operate like April 2019 is because your audiences’ mindset isn’t the same as April 2019. They won’t listen, process, nor react the same way.

You must build messaging, strategy, and tactics around the current sentiment—and plan for the next shift.

This is probably a misnomer. There likely is not “after” COVID-19. My assumption is it is here to stay, but we will determine how to manage, fight, and treat it. But let’s consider some potential next steps and how we might react.

2. Things will go back to the exact way they were. I think we’ve given up hope on this eventuality. COVID-19 is now part of our culture. I don’t think there’s any way to go on without its fingerprint on us as a society. It will join generational, historic conversations like “Where were you when JFK was shot?”; “…Challenger…”; and “…the planes hit the towers?” I believe post-Gen-Z finally got its name: Quarantennials (you were here for history—I named it). Beyond the psychological effects, businesses will be reeling for a while. Some will likely fail. But we will continue to see adaptation and evolution. Suffice to say, this is almost as unlikely as continuing as-is. So what will really happen?

3. We will enter a modified new normal. Likely, we will face a combination of the two previous scenarios. I do not think we can continue without an increased awareness of personal health, hygiene, and our individual roles in keeping the populace safe. As soon as we can laugh about it, Jimmy Fallon, Jimmy Kimmel, and the others will pepper COVID-19 jokes into their monologues until they’re thoroughly overseasoned. We will face a thorough followup to CARES and PPP. I can’t believe this will be enough to “fix” or stabilize the economy. Banks will continue to have to act nimbly in serving small-to-medium businesses, as well as the individual retail client. Payment deferment and forgiveness will have repercussions on the borrower and the bank. Some deferral plans require lump-sum payments at the end—which likely won’t be feasible, and we’ll have to figure out financing options for those.

In other words, the “new normal” will continue to change every day. We must focus on agility in decisionmaking—from tactics to systems to approach. Client needs will change more rapidly than ever. If your bank thought it was hard to keep up pre-COVID-19, it will become much more difficult. The banks that adapt quickest (and most correctly) will be the banks that last—and become all the stronger for their efforts. As you plan media and messaging, we need to consider where your client will be:

No matter what happens, we can best prepare by expecting change. No, I don’t believe staying at home is the “new normal.” I think our culture will be rooted in our ability to deal with change, pivot quickly, and empathize with others. Keep in mind, right now, we’re just practicing. The real test is coming.

But we’ve got this. We can put our knowledge from the past three weeks into action. We can adapt. And we can overcome. I look forward to getting through this with all of you. 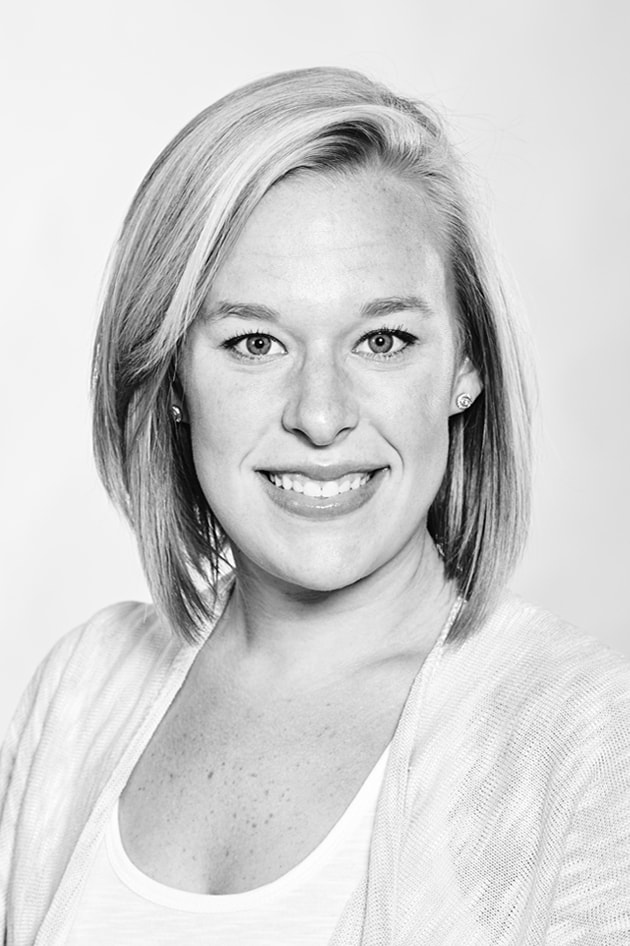