Find Your Benefit. Grow Around it.

Renasant Bank partnered with Mabus Agency to ensure their growth plans were accompanied by a strong brand message and marketing strategy. Since the beginning of their partnership in 2008, Renasant has grown from $2.6 billion in assets to more than $10 billion. The bank has also expanded its footprint into Georgia and Florida while opening more branches in Tennessee, Alabama and Mississippi.

While by no means fully responsible for Renasant Bank’s impressive growth, Mabus Agency is proud of its role growing customer share in existing and de novo markets, smoothing brand transitions through multiple acquisitions and helping develop the bank’s public-facing and internal messaging.

Find Your Benefit.Grow Around it.

Banks are parity products in consumers’ eyes. Separating one financial institution from another is incredibly difficult. The services one bank offers is incredibly similar to its competitors. The FinTech movement is making it even more difficult to stand out. Now, even nonbanking entities offer bank-like products.

Finding a key benefit proves to be difficult when most competitors offer the same products, services and loan rates as everyone else. Banks must use brand messaging to separate themselves from the competition — from the no-frills/no-fees bank that keeps its nose to the grindstone, to the friendly bank with the most helpful staff in town to the tech-savvy bank with the latest online products.

Banks were in a tough spot when Mabus Agency began its relationship with Renasant Bank. In 2008, “bank” was unfairly used as a bad word — generally due to the misconduct of a few bad practitioners. The average consumer was scared, and distrust of the financial institutions was at an all-time high.

Renasant Bank spent more than a century building a reputation as an honest bank that operated safely and in the customer’s best interest. That mandate had not changed in 2008, but the actions of other banks forced Renasant to take another look at its tagline "More Than a Bank."

A phrase that embodied the bank’s commitment to offering comprehensive service had become inadvertently associated with the practices of banks that had expanded services to an unhealthy degree.

Renasant Bank decided the time was right to make a move. They enlisted the brand experts at Mabus Agency to help find a new path. 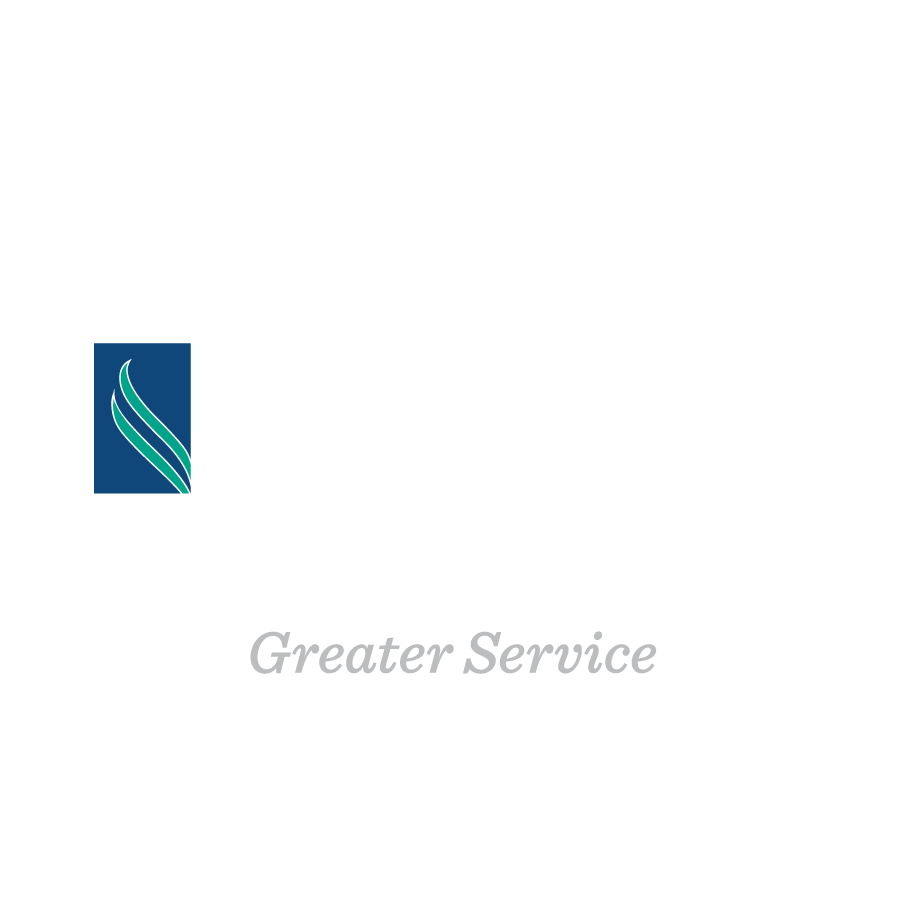 A Move to Greater Service

Mabus Agency recognized the bank’s helpful staff and community-service culture as its key benefit. Renasant Bank rolled out “Move to Greater Service” as a pivot away from their previous tag. This straightforward message was easy to understand while using unique phrasing. The new tag was shortened to “Greater Service” as customers and employees alike adopted the rallying cry.

As the brand grew in footprint and market share, Mabus Agency recommended doubling down on the service-oriented image with the more permanent “Understanding You” tagline. 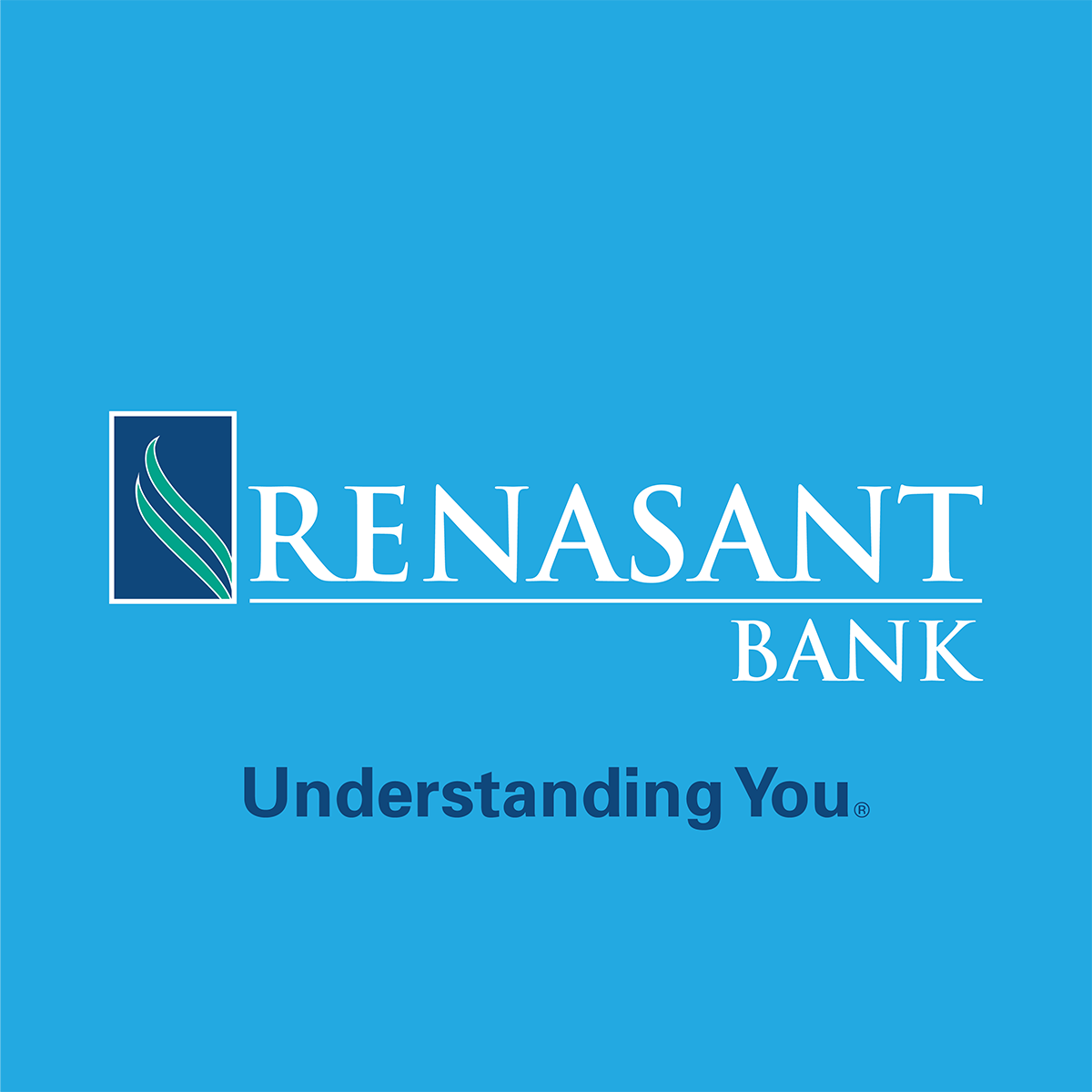 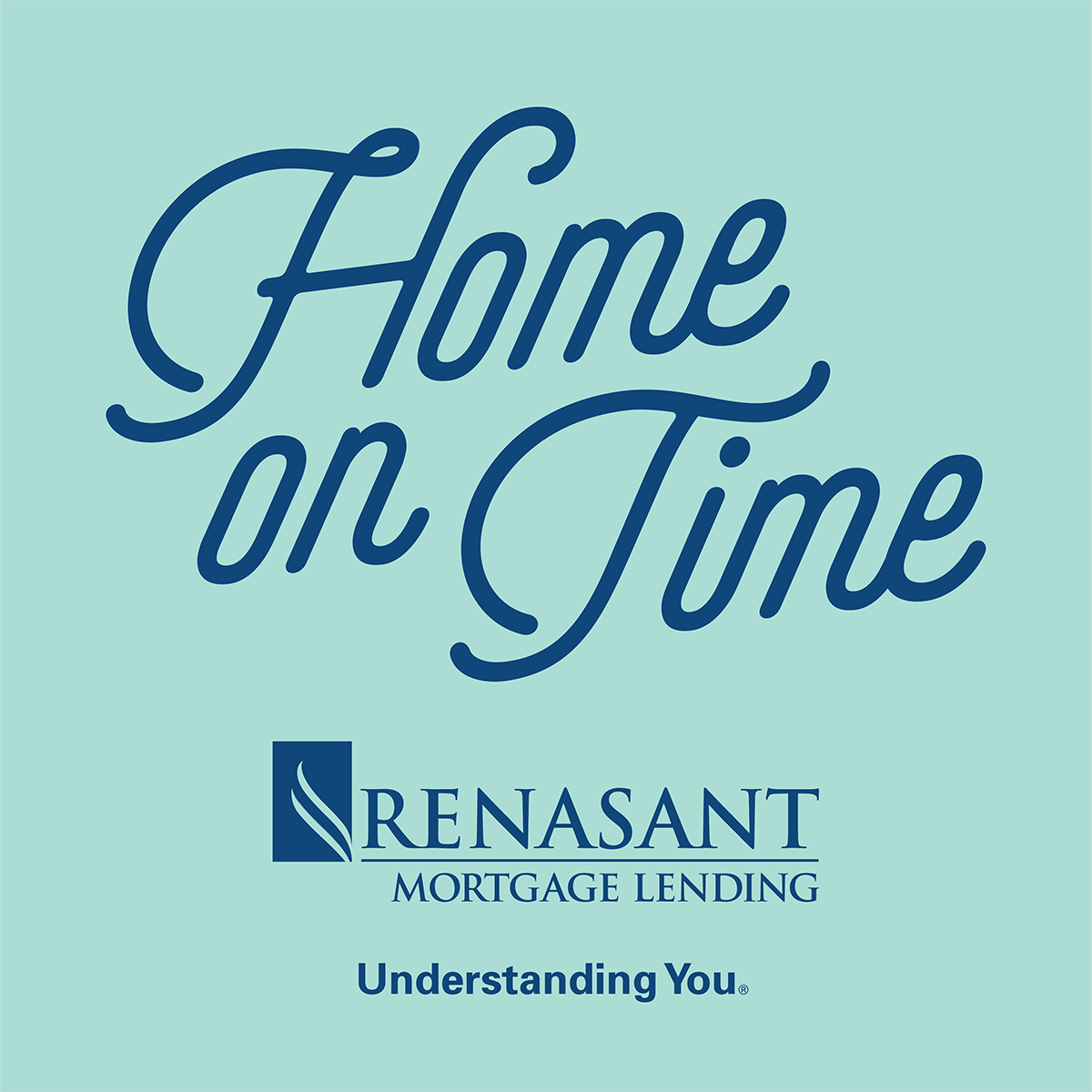 Similar to the banking industry as a whole, the difference in service quality from one mortgage originator to the next is sometimes difficult for a consumer to determine. Since the mortgage process is so strictly regulated, each is required to follow an almost identical path. Having nearly identical products, interest rates and process requirements makes marketing difficult.

Messaging can be a key differentiator. The benefit had to be identified and communicated to separate Renasant Mortgage Lending from other mortgage originators.

Renasant Mortgage Lending is staffed by a team of lenders who are dedicated to making the mortgage process as streamlined as possible. Everyone wants to be able to get home on time after a day of hard work. Renasant Mortgage Lending’s goal is to start that at the very beginning: when buying a home. The tagline "Home on Time" was carefully rendered in a homespun, retail manner — evoking a cross-stitched sampler — to tie to the visceral notion of home.

A healthy marketing strategy begins with awareness. The marketplace must be aware of your institution and the principles for which it stands. Renasant’s awareness efforts were twofold. First, the brand message had to be reinforced in legacy markets. Second, create a plan to introduce the bank to new markets added through acquisitions and de novo entries.

Creating a compelling story is difficult when it’s filled with asterisks and conditions. Banks face incredible compliance and regulatory considerations in every marketing effort. Mabus Agency works closely with Renasant Bank’s compliance department to vet every phrase and offer. Saying something new and interesting while remaining compliant to the various regulating bodies is extremely difficult; when done correctly and with commitment, customers take notice.

These efforts paid off. Renasant Bank captured market share from larger institutions with more resources. The results were similar at home and across the footprint. The strong commitment to a focused brand attracted clients looking for a banking experience that was focused on the customer. As the campaign progressed, momentum was on our side, making it easier to repurpose efforts to certain areas without drastically shifting budget.

Acquisition is a strong part of Renasant Bank’s growth story. Renasant acquired three banks totaling $3.65 billion over the last three years. The acquisitions not only gave Renasant a stronger footprint, but created new audiences who needed to understand the bank’s mission.

Building a new and honest relationship with the bank’s customer base is difficult. Thanks to the success of Renasant Bank’s strong brand awareness campaigns, the bank was a known and trusted institution. The ongoing regional advertisements, combined with specifically targeted merger and brand transition messaging, helped communicate the benefits of becoming part of the Renasant Bank family.

A strong part of the customer journey is reinforcing the brand when a client visits a physical location. By providing each branch with the visual tools they need to succeed, Renasant Bank has more internal buy-in from their employees and communicates more deeply with each visiting client. Equipping branch managers with proper marketing materials adds another branding medium to reinforce all other marketing efforts. 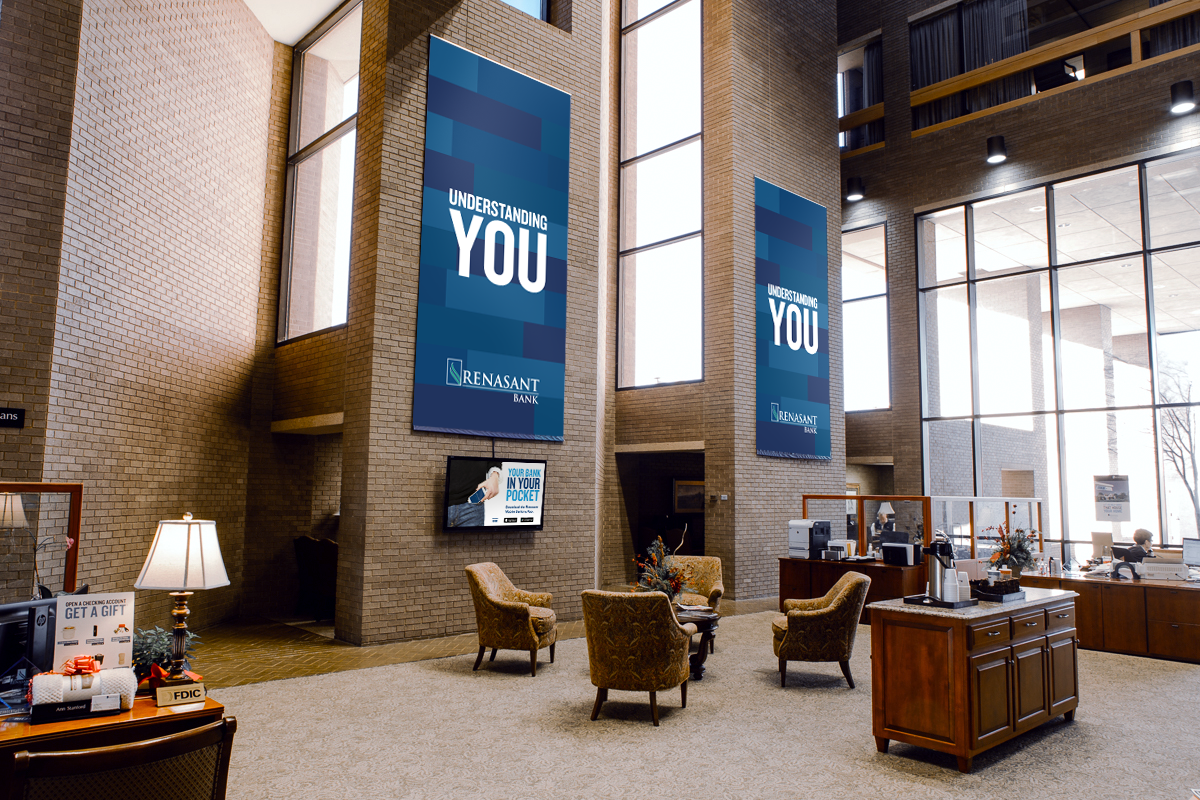 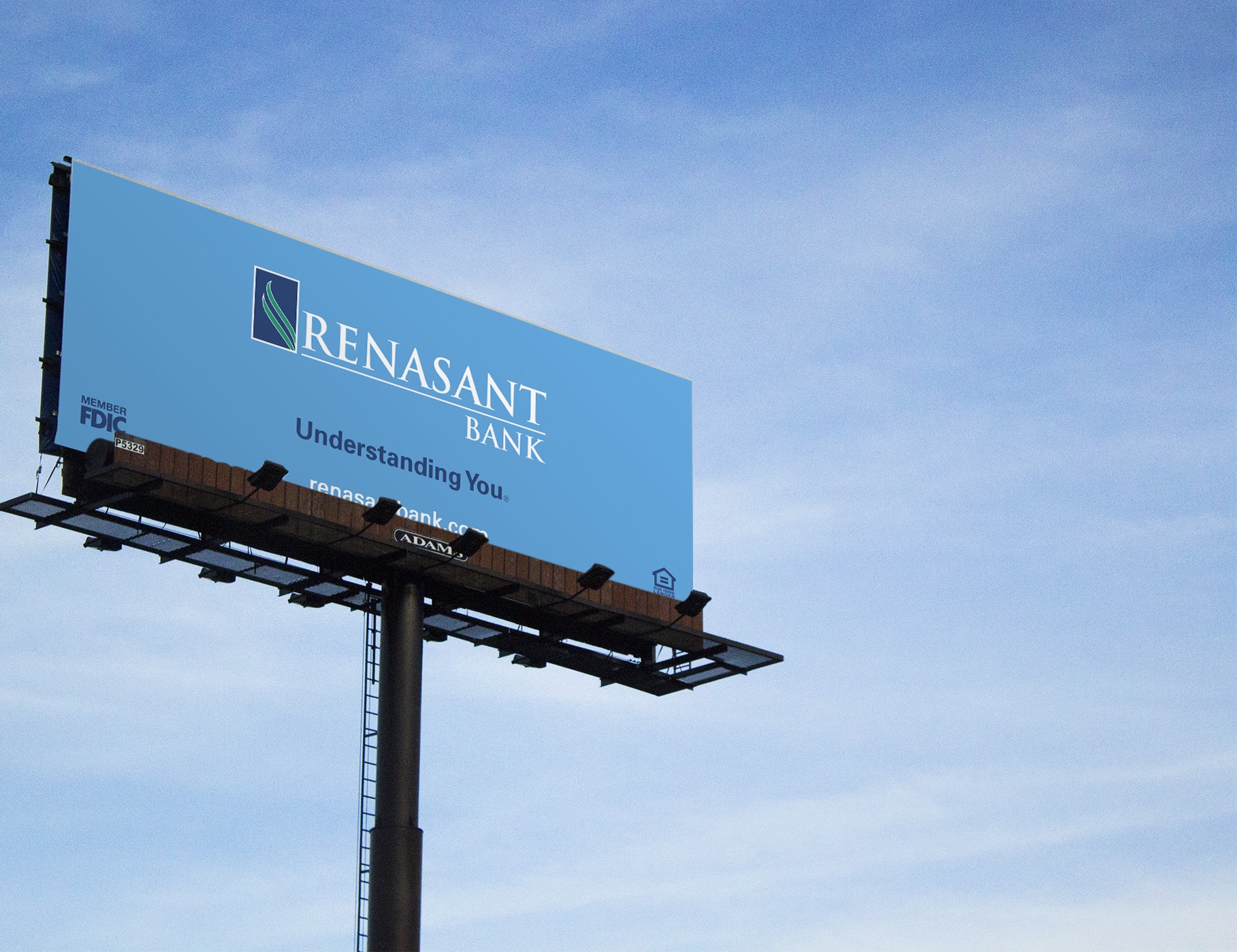 Each Renasant Bank advertising campaign is informed by the last. This strategy ensures employees have a strong foundation and customers are exposed to consistent brand messages. When a billboard campaign advertises a specific division or product, it will work alongside the bank’s regional television spots to reinforce all marketing efforts.

When a consumer sees the same brand messaging on television, billboards, online and inside each individual branch, brand messaging is reinforced and strengthened over time and the message is internalized. Mabus Agency works hard to make sure brands, especially those as large as Renasant Bank, are consistently applied and their uses protected. Strong brands are ones that have been used correctly and consistently over time.

Communicating with investors, whether large institutional investors, shareholders or community stockholders, is an important piece of strategy that can be easily overlooked. A revamp and enhancement of the Renasant Bank annual report was one of Mabus Agency’s first projects with the bank. Mabus Agency worked with leadership to tell a better story by using copy and design to guide investors through the year’s accomplishments. The report went from a burden to a yearly milestone everyone is proud to be a part of.

Mabus Agency’s website design and development team is second to none in any industry. When Renasant Bank expressed the need to update the look, content and messaging of their website, the bank wanted to make certain their website was secured through a third-party financial security vendor. Mabus Agency stepped up to the challenge and provided a superior aesthetic solution with very little functionality lost to security constraints. Mabus Agency created a website that consistently reflects Renasant’s brand messaging and provides customers an intuitive mobile and desktop banking experience while being hosted through an incredibly secure environment. 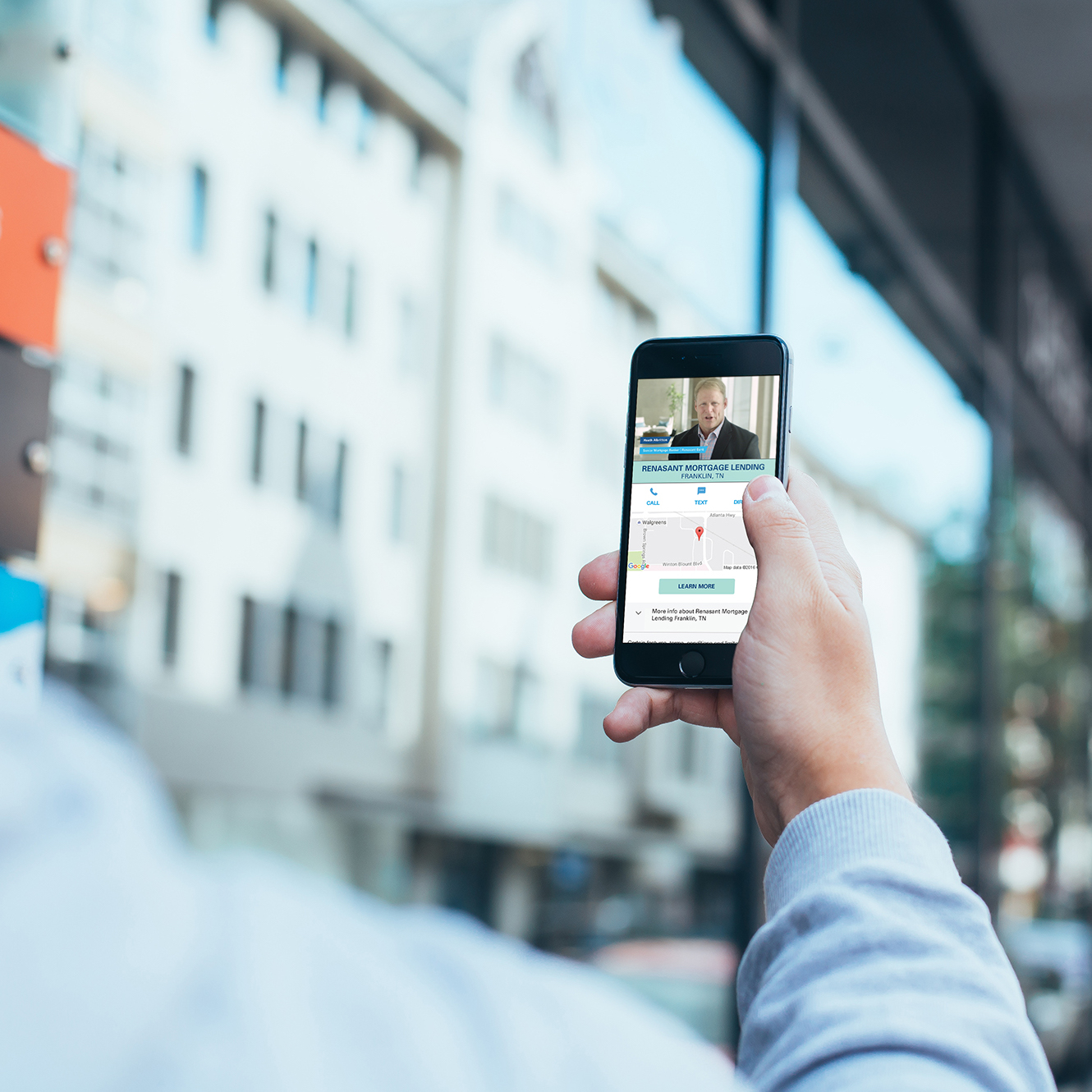 A compelling component of the marketing arsenal is the ability to target mobile phone users with Renasant advertisements based on their locations, demographics and preferences. By using this tool, Renasant can use targeted ads that show festivalgoers to the nearby ATM or deliver relief to customers frustrated with their relationships with competing banks. Geotargeting is a compelling tool that helps Renasant Bank deliver the most helpful and relevant information to customers and potential customers based on their locations and mobile preferences. 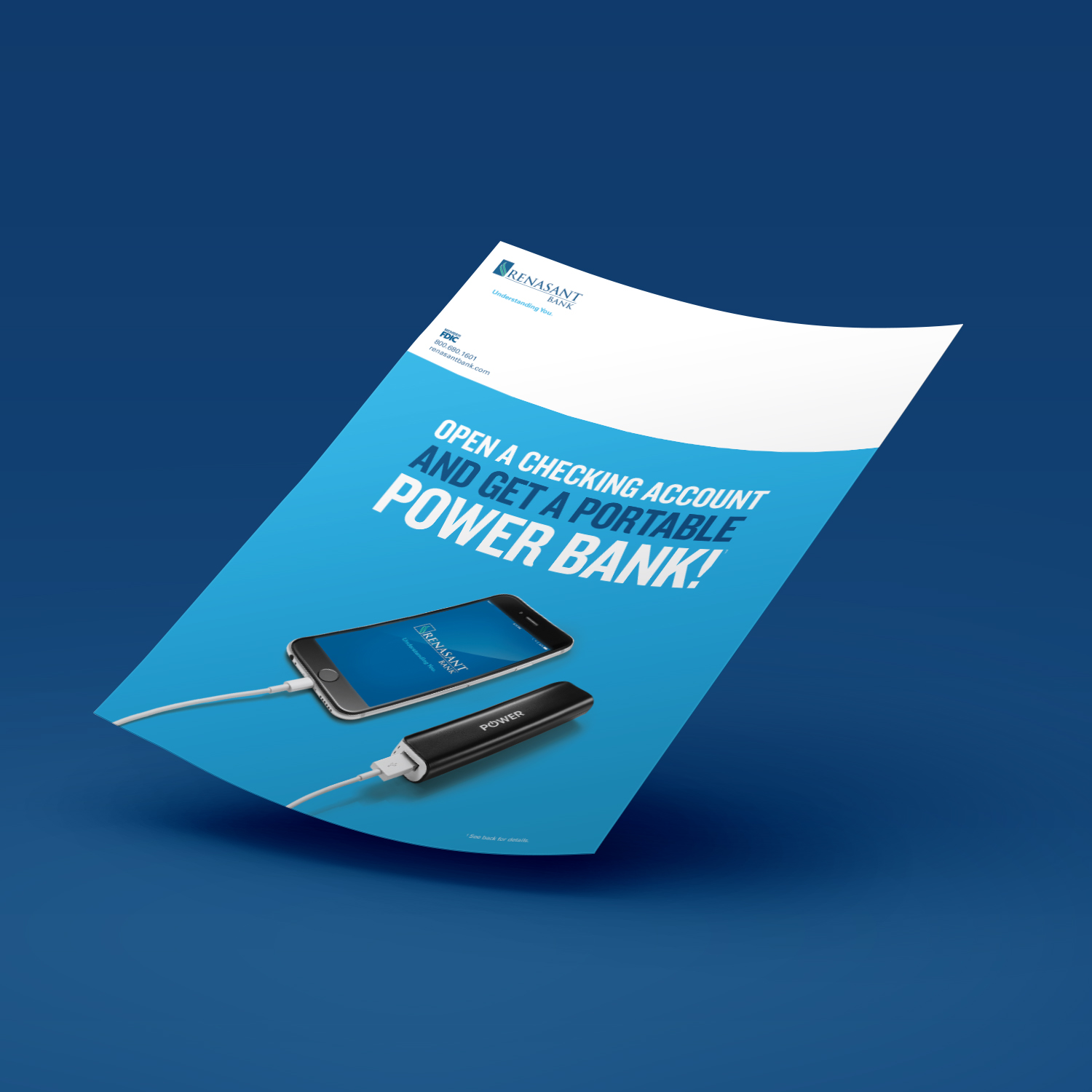 The difference between direct mail and "junk mail" is a fine line. That line is most often marked by the intention and research behind any mail piece. Mabus Agency employs specialists with years of experience creating compelling mailings. While it might seem like an old-school solution, well-done direct mail actually stands out in today’s digital landscape. It is highly targetable and highly measurable. Properly executed direct mail can be the cornerstone of cross-sell campaigns or a strong announcement for new branch openings. From list research to messaging and design, Mabus Agency knows how to build a relevant and impactful mail campaign.