Consulting the Oracle — the truth about millennials

I looked up to him literally and figuratively.

I hated his invisible friend. My brother got to watch me get mad at no one. He knew something I didn’t and held it over my head.

It’s over now, and I harbor no bitterness. I can barely even remember it.

Obviously we grew out of picking on one another, but my brother wasn’t using a new concept. Ancient pagan priests would “consult” an oracle for direction and use this imaginary concept to cement power and leadership — after all they’re the only ones privy to the voices.

This concept plays out in front of us in business, and many don’t even notice it.

Marketers use a similar tactic to inspire fear. They say they’ve consulted with the oracle, and then hold that knowledge over clients’ heads to keep the upper hand.

I won’t trace this back to the dawn of marketing. You can see this play out in recent history.

In 2006, Twitter launched, and Facebook opened account access to the general public. Believe it or not, this year also marked the sharpest upward trend in the history of MySpace. If this timeline doesn’t make sense, let me give more perspective: the iPhone had not launched at this point. It made its first appearance in mid-2007. The mad rush to the new “free” social media spawned countless experts and consultants. They used and exploited a perceived knowledge gap to make sure they were always speaking from a mountaintop.

After social media, our next marketing buzz was Big Data. Again, marketers used exclusive knowledge to create leverage on the pay scale. Admittedly, true use of data requires real expertise. However, much like social media, there are fewer real experts than those who like to exploit a new term. Big Data requires big effort and, in many cases, big staff. This hasn’t kept every other marketing conference breakout session from being titled “How to manage Big Data in your business.”

I want to be clear. I’m not talking about actual experts in these fields. Social media is a powerhouse in the right hands. Utilizing your company’s data to market can be a game changer. My goal is to make you aware of the charlatans.

We talk about millennials, the 18-33 year olds in our culture, as if they’re a blessing of unicorns (yes, that is the correct term for a group of mythical, horned horses). Unicorns aren’t real, but millennials are. I’ve seen the fabled Millennial — there are like 20 of them downstairs in my office right now.

Here’s the truth, millennials are only members of an age group with dubious definitions. They’re simply the youngest generation of people with money. They are the result of the generation before them, the events of their lives and technology — otherwise known as the culture in which they were raised.

While I think some of them are special, there is generally nothing special about millennials.

So what’s the trick to marketing to them? There is no real silver bullet or magic ritual (despite what the “experts” say). Here are some insights:

The first rule when marketing to millennials is the hardest rule to follow in marketing. Be authentic.

While we like to think that millennials view themselves as “real,” the truth is they’re just more connected than anyone. If a Millennial hears a rumor, they can ask all their friends in a matter of seconds. If someone posts a bogus story to Facebook, they’re moments away from Snopes.com. If there’s a question over the factor that kicked off WWI, Google reminds us of Gavrilo Princip’s assassination of Archduke Franz Ferdinand.

It’s not that they’re necessarily more authentic, it’s that they demand it from those around them. millennials aren’t the only group with access to this data, they’re just the first generation to be immersed in it. They can’t remember a time before the Internet.

A SocialChorus study of more than 500 million millennials shows 67 percent of them have never clicked on a sponsored story. They don’t trust advertising, especially not advertising posing as objective content.

Some of this behavior is due to the evolving nature of technology in advertising. Very few of us think infomercials are actual late-night news pieces, and most of us can spot a sponsored article or advertorial in seconds. None of us clicks on blinking internet ads saying we’ve won a car for being the one millionth visitor. millennials, as a group, have a similar perception of almost all advertising.

Millennials came of age in a time where advertising is no novelty — it permeates their existence. Many reports say we’ve gone from being exposed to 500 advertisements in a day in the 1970s to more than 5,000 advertisements each day now.

Look left. Look right. Whether you viewed this in print or online, chances are there is an ad somewhere near these words.

Because so many people are vying for Millennial face time, millennials are pretty tired of being convinced. They don’t want the whole pitch and the begging and pleading that comes with it. They just want to know what your product/organization/service does, who or how it’s helping and what’s required of them. They’ll decide if they need it.

If you want to be in front of millennials, you have to be mobile. You don’t have to have some amazing app or QR code campaign — you simply need to be easy to interact with from a mobile platform. There is no real consensus, but somewhere between 2012 and 2014, desktop and mobile Internet usage met and crossed. Desktop usage is on the decline. Mobile usage is on the rise.

Does it look good on mobile browsers?

Is it easy to interact with and navigate?

The Web is a real place that real business happens. Trends surrounding this territory affect how you communicate with clients — no matter their age. However, millennials will judge you more harshly than those who lived through the technological evolution.

You’re Being Judged — and Shared

Millennials have been labeled cynics. Remember, they have access to almost everything at almost all times.  This doesn’t mean every Millennial is a spoiled brat — it just means they don’t have to choose you. They don’t need an app that works most of the time when their phone is full of apps that work all the time. They don’t need a great service with a decent user interface when they have access to tons of great services with great user interfaces.

On top of this, millennials, as a group, believe in sharing personal experiences more than any other age group before.  A good experience goes further than many ads in the form of positive social sharing, but a bad experience might as well be an ad campaign for your competitor.

Make sure your products and services work, and make them look good.

millennials are so often talked about as if they’re one group of friends living in a collective apartment commune in Nashville or Brooklyn. I’m here to tell you those two vapid hipsters we often refer to aren’t the only millennials. This is especially true in Mississippi.

Sure, the Millennial may be the prototypical bearded social justice warrior driving a hybrid.

They’re also the camouflaged hunter who owns a four wheeler and a pickup truck.

When you can break through the fact that we’re being told this group is philosophically the same and understand that they’re technically similar, we can begin to clearly see to whom we’re marketing.

It’s not a group who shares the same ideologies. It’s a group that has a common experience of being born into technology.

When you understand that, you can think logically. You don’t have to wait on the voice from the oracle.

The closest thing I can give you to a silver bullet doesn’t really feel like an insight at all. millennials are connected more than any other generation. They value this connection and the communication it allows. If you aren’t sure what your Millennial sub-group expects from you, ask them. They’re on Twitter, iMessage, Facebook, Snapchat, Instagram, YouTube — you get the point.

I’m not telling you to be in all those places — I’m saying millennials are easy to get to and quick to respond when you ask what they think. Not only will you likely get valuable feedback, the Millennial will appreciate being spoken with instead of being the target of an advertisement.

Beyond the tendency toward technology, desire for good design and awareness of authenticity, millennials are vastly different people. They are represented in every socio-economic class, interest group and kickball league across America. In fact, millennials are probably more segmented than baby boomers.

Not every Millennial is a hipster, college grad, artisan beard oil manufacturer or urban farmer. Some millennials are bankers, attorneys, doctors and insurance salespeople. Some millennials don’t raise awareness. Others are zealots.

Some are conservatives. Some are liberals.

Some are rednecks. Some are hipsters.

None of them are unicorns. 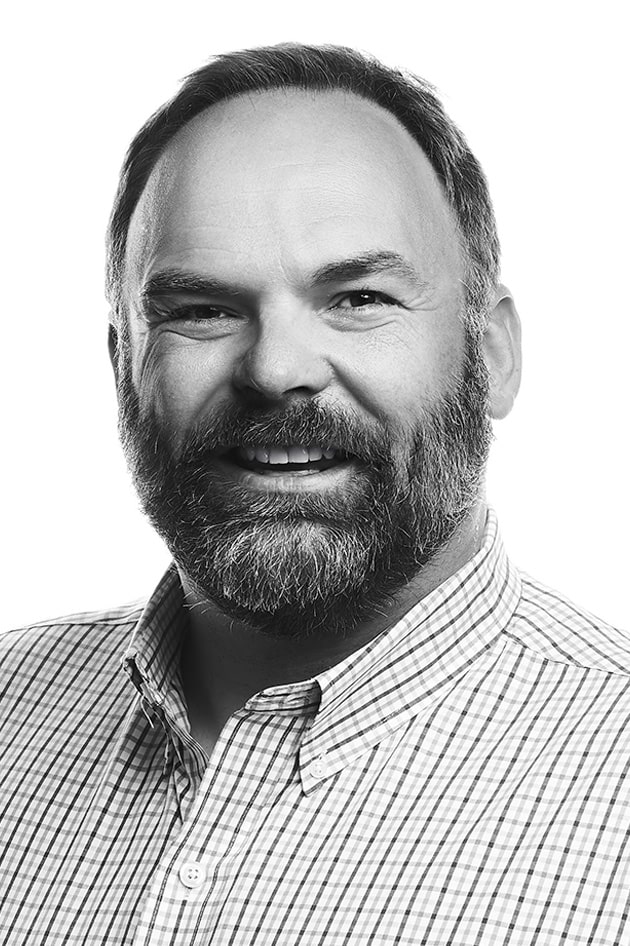 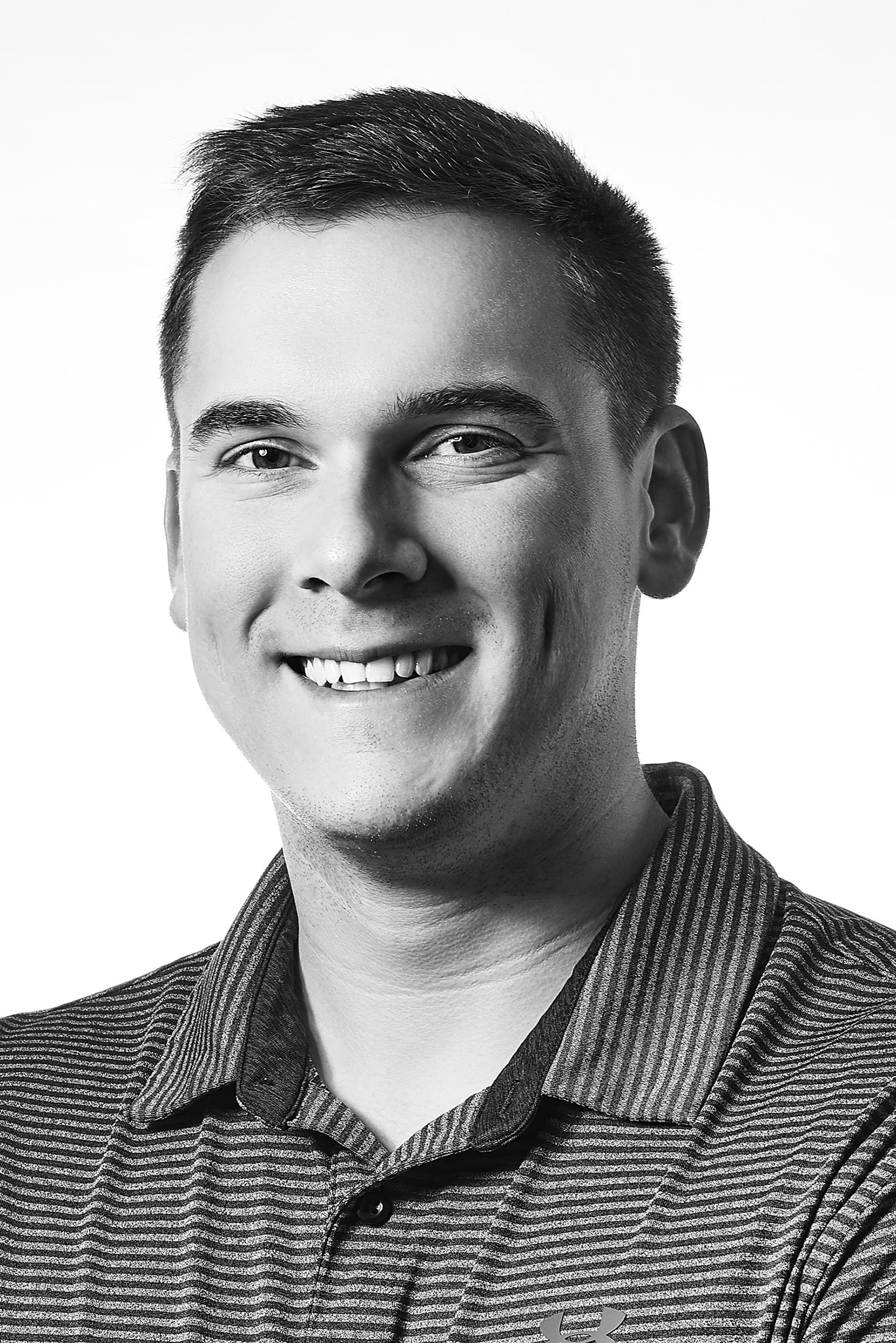